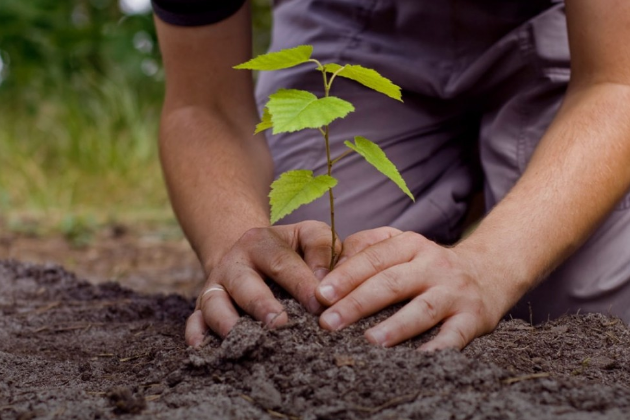 My goal is to establish an international network of local reforestation projects. This large-scale planting actions
are carried out very efficiently and cost-effectively, which benefit our environment and human health.

What should be achieved?

Forests could absorb two thirds of the man-made CO2 pollution. Humans are responsible for 300 billion tons of additional carbon in the atmosphere. Too much to keep global temperature stable. But nature offers a way to stop the climate crisis. Planting trees can be the most effective way to combat climate change. The global goal is to double the forest area. To achieve this, we must all participate in this project! You can find out how YOU can get involved in the description below!

Around 200 trees per head must be planted to double the size of the current forests and to recover at least two thirds of the forests of the 18th and 19th centuries. The current forest population is about a third of this time.

Why?
Because forests (the trees) absorb the warming CO2 in the air during the growing season.
Compared to two hundred years ago, forests cannot absorb the amount of carbon dioxide that mankind produces today.
If we double the forest area, twice the amount of carbon dioxide can be absorbed, which leads to a reduction in the carbon concentration, which reverses the current forecasts.

Where?
We choose sparsely populated areas for foresting to reduce costs. For example in Poland and Hungary. So we can plant trees far more cost-effectively than, for example, in Germany or Austria. (approx. 3 times as much) Of course, it does not rule out working in Germany. The afforestation takes place on formerly intensively cultivated arable land, which is why existing habitats are not destroyed, but new ones created.

Areas that are no longer used / suitable for agricultural production are made available by private individuals, companies and municipalities. Students and volunteers plant the trees in these areas. The cost of seedlings is funded by community donations. It is important to note that it is not a question of planting large-scale monocultures, but of carefully selected indigenous species such as oak, wild fruit and hardy Hartlaub garden. This increases the biodiversity and resilience of the forests. I assume everyone has heard of bark beetles that do a lot of damage if forest managers don’t think of this variety.

Further maintenance of the forest is carried out by the local communities and their foresters, which also requires financial support. After a few years, the young forest slowly develops into a self-sustaining ecosystem in which many animals and plants find shelter. The aim is to connect the individual “islands” over time and to create larger, coherent areas so that the movement of the animals is not hindered.

– the forests bind CO2 and create a balanced microclimate

– The seedlings are from regional suppliers, short transport routes, volunteers

Think about it: we plant about 10,000 seedlings per hectare. Of these, 1,000 adult trees survive in about 40 years and form a forest. So if you finance 10 seedlings, you can expect to have a tree in this forest in 40 years. However, it is just as important to finance less than ten as it makes you a member of the forest community. Any financial support for planting a tree is important and this creates a very high added value for nature and the environment!

Imagine how much food only one tree produces and how important it can be!

Fallen leaves for worms and insects, which in turn are food for small mammals.

The birds nest on the tree and eat the fruit. The woodpeckers rid the tree of harmful insects.

The squirrel hides its supplies in the tree.

The bees pollinate the trees and collect nectar.

In addition, every forest has additional costs in the first ten years (irrigation, removal of dead seedlings, weeding, tree replacement).

The forest must be maintained several times a year in the first 10 years in order to become a beautiful and healthy forest. This includes about 3 treatments a year (weeding, hoeing, watering, etc.).

The cost of the trees was calculated as follows:

-temporaneous hunting net (for the protection of areas and seedlings)

The collected money flows into the regional projects (resource-saving and sensible) and the afforestation continues even if I only reach milestones.

A tree produces 116 kilograms of oxygen a year, enough for two people a year.
Ten trees can convert 10 tons of carbon dioxide into oxygen during their lifetime.
One hundred trees can already absorb the annual carbon dioxide emissions of more than three cars.

I have been interested in environmental protection since childhood, Captain Planet was my favourite hero. Even as a child it was unclear to me why people couldn’t deal better with the environment and animals. Not much has changed since then. What has changed is that this platform gives me the opportunity to do something good for the environment and human health. The primeval forests are being destroyed and species are becoming extinct. Time is running away! According to the so-called “doomsday clock” we have no time to delay. I would therefore like to support hard-working people who have tried to fight climate change. They are the real heroes of our society who work “behind the scenes” for all of us. These small groups do great deeds with minimal resources. Reforestation projects are emerging all over the world and I want to use the resources as efficiently as possible. My goal is to start a campaign and support groups that cannot afford advertising, their own website, marketing etc. and do not reach the target group due to language barriers. Therefore, these communities are very efficient, but only on their own. You have learned to achieve a lot with little resources.

We improve the future, because ...

we create sustainable living space for domestic animals and fight against climate change.