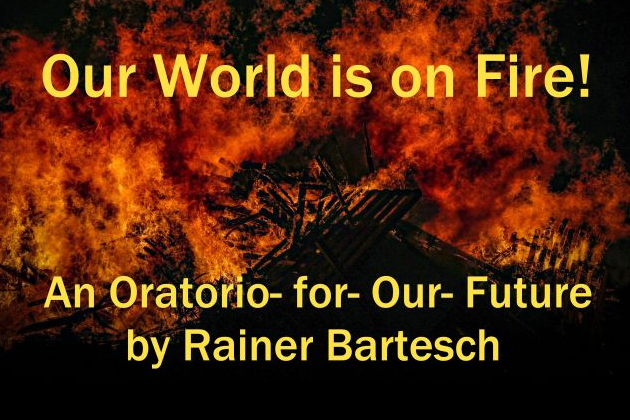 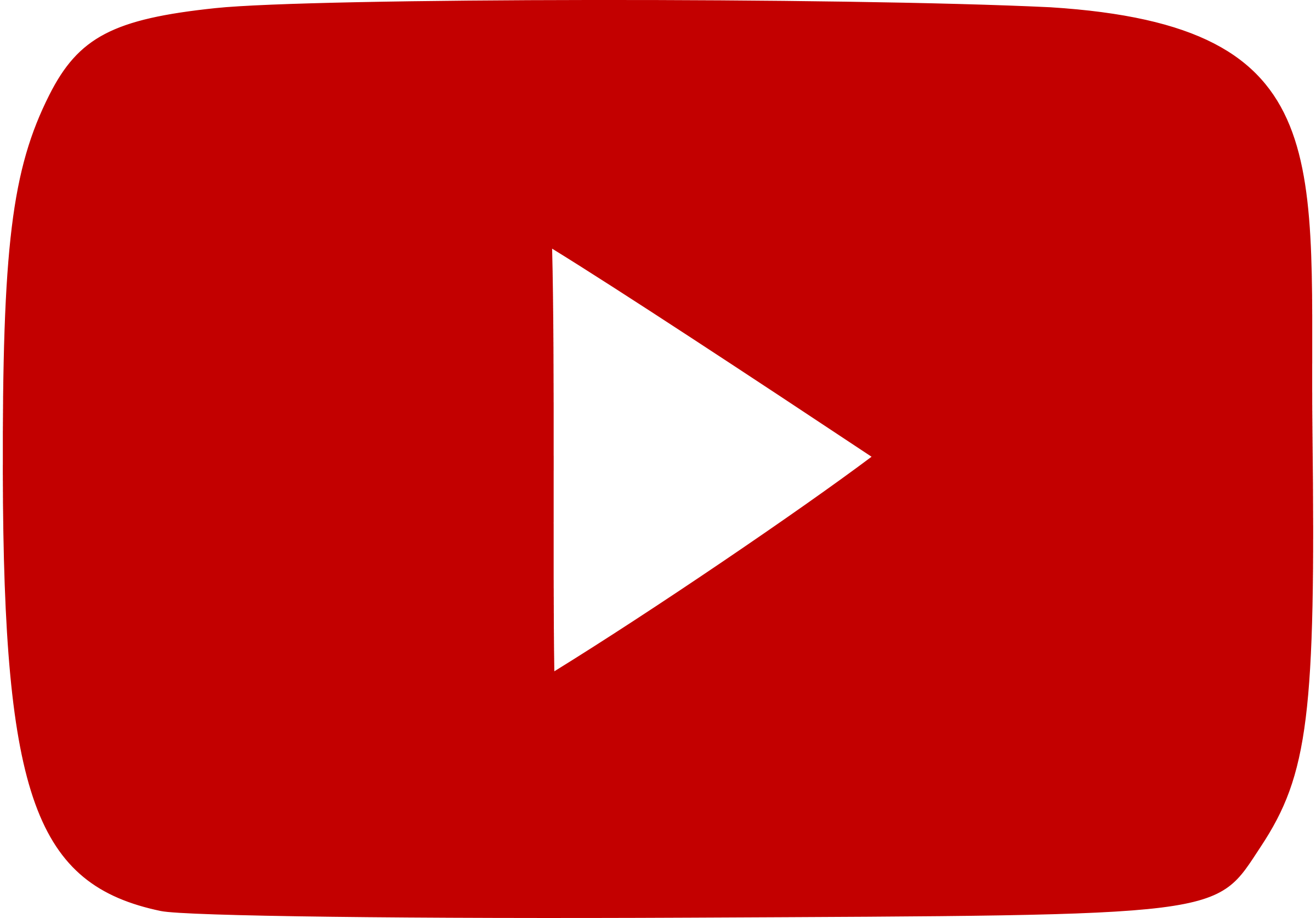 This oratorio gives a unique musical voice to the ideas of the Fridays for Future movement. In combination with a custom-made video, it will be performed worldwide. Production of the video will cost 6500.- EUR. Premiere 14.11.2020 in Munich.

Imagine that people stop burning fossil fuels and thus stop global warming, and together they find a sustainable way of life that preserves livelihoods instead of plundering them.

Who among us would not want to live in a future like this?

And yet, all over the world, politicians and business leaders continue to relentlessly saw at the branch on which we and our children’s children sit. But this will only continue until it becomes clear to large numbers of people what grave consequences will follow from changes that will affect every single one of us, directly or indirectly. If we only act after the changes have taken place, it will be too late. Frogs are not as complacent as the myth purports them to be: when the water heats up, they jump out of the pot. But what about humans? Our environment is heating up to deadly temperatures, but we can’t jump out. If we want to survive, we have to stop the rise in temperature.

I don’t want to be cooked, I want to act now! That’s why I have taken the drama that lies ahead of us as an example and turned it into an almost half-hour music work entitled OUR WORLD IS ON FIRE. It will premiere on November 14th in Munich, Himmelfahrtskirche, Kidlerstr. 15, at 7:00 p.m.

The wake-up call which it contains resonates with everyone who hears and experiences the work.
Music has the advantage of being directly connected to emotions. Music is an empathetic art form and generates a sense of inclusion. Thus people who otherwise might effectively suppress the issue in their minds can be reached.

As an experienced film composer, I am also aware of the power of images. That’s why my intention is to have a video produced that accompanies the music in concert and underscores the urgency of the message.

A budget of 6500 EUR is needed for this almost half hour video. A team of young filmmakers will create the video, since I don’t have the equipment and the experience needed. To keep the ecological footprint small, they will use for the film already existing video material from different origins. I wish to raise the money through crowdfunding.

To give everyone the opportunity to get an impression of the work, its creators and the performers, all the information is on this website:

The oratorio was created entirely on our own initiative by myself and Danny Antonelli. However, for the production of the video we need to depend on professionals from the film industry to avoid huge additional investments in film production gear. In addition to the costs for the work of the film-makers, license fees for the use of software and for special video material, as well as equipment rental for the in-concert video presentation must be included in our calculations.

Should more money than requested be raised, it will be used for the world-wide distribution of the work.

If the professional video financing goal is not achieved, the money that has been raised will be invested in a professionally filmed documentation of the premiere, as well as in the promotion of the world-wide distribution of the oratorio.

The oratorio OUR WORLD IS ON FIRE lends a musical voice to the concerns of the Fridays For Future movement, even if for copyright reasons I cannot officially call it a “Fridays For Future” oratorio.

The oratorio is composed in such a way that it is really fun to play and sing along, and you don’t have to be a professional to participate. It also inspires courage – notwithstanding all the drama.
It conveys the message in a non-violent yet emotionally penetrating way and appeals to an audience that does not usually go to Fridays For Future protests.

Since the musical language used is similar to film music, it achieves great expressiveness and drama and appeals to a broader audience. That makes the work attractive to a variety of choirs and orchestras and facilitates its widespread dissemination and numerous future performances.

Every performance contributes to a growing awareness of the seriousness of the situation and the urgent need for action. So that this message can be spread worldwide, my librettist Danny Antonelli wrote the texts predominantly in English.

I am convinced that the oratorio can make an important contribution to getting even more people involved in climate protection and that politicians will therefore pull the emergency brake sooner, as they were forced to do with COVID-19.
Global warming is an even greater emergency, and if politicians act, then suddenly things will become possible that nobody had dared to imagine before.

Although the oratorio has not yet been performed, it has already received a very positive review in the Süddeutsche Zeitung. From this review and from many other instances of positive feedback, I have already had several requests for future performances.

The following report in the Süddeutsche Zeitung is only available in German:

Report in the Süddeutsche Zeitung

Report in the Süddeutsche Zeitung (original in German)

Rainer Bartesch, composer: Music, for me, is communication using vibrations and resonance. My motivation in composing this oratorio is the currently catastrophic fine-dust pollution caused by exhaust fumes and factory smoke.

As a child, I was raised on a small farm in Upper Bavaria with many animals, including my favourite, “Hansi” the roebuck. Thus the motivation for my commitment to nature and my fellow humans is grounded in my connection with the living beings that surround me.

During the period when the forests started dying, at the beginning of the 80s, I gave my first public lecture on dying forests at the age of 17. I was very nervous and probably overwhelmed the 100 visitors with my three-hour lecture.

Later I entered university to study chemistry, but then switched to music, which had been part of my life from a very young age. My musical career led from studying French horn to conducting an orchestra, then on to teaching music in secondary school, finally to composing classical, contemporary and film music. As a composer, a number of prizes and awards have been bestowed upon me, but I have always kept my feet on the ground.

Since almost all my current performances and concerts have been cancelled because of COVID-19, I’m currently putting all my energy into the oratorio project. I’m very keen on getting a video for the oratorio, because combined with the music that will leave an even bigger impression with the audience. If you come to Munich to the premiere on November 14th, you will feel that too.

IONCONCERTMEDIA, an American distribution company, has already offered to include the oratorio and the accompanying video in their distribution catalogue. They work mainly with university choirs and orchestras, where the oratorio would be perfectly placed.

More about me and what I do can be found here:

We save the future, because ...

we act and don’t wait, till our climate is ruined completely!

A heartfelt Thank You!

With your contribution you support the realization of the video to the music! We say Thank You!

Concert flyer and a big Thank You!

For your support you will receive a nicely designed concert flyer and a big Thank You!

DVD with the world premiere of the oratorio

For your contribution to the video production you will be sent a DVD with a recording of the premiere.

With the Pro Climate-Protection ticket you can attend the premiere on  November 14th in Munich and support the video production for the oratorio at the same time.

Your name in the program booklet and on the website

With your support contribution you will be mentioned in the program booklet and on the website as a supporter!

Complementary ticket with seat reservation and name in the program booklet

For your support you will get an complementary seat at the premiere on November 14th in Munich, you will be mentioned in the program booklet and you will be very close to the action!

Your name (as private donor) in the video credits, program booklet and on the website

Your name (as private donor) will appear in the video credits, program booklet, as well as on the website! You will also receive the concert DVD and two complimentary tickets with seat reservation!

Your company name in the video credits, program and on the website

Your company name will appear in the credits, in the program booklet and on the website! You will also receive the concert DVD and two complimentary tickets with seat reservation!